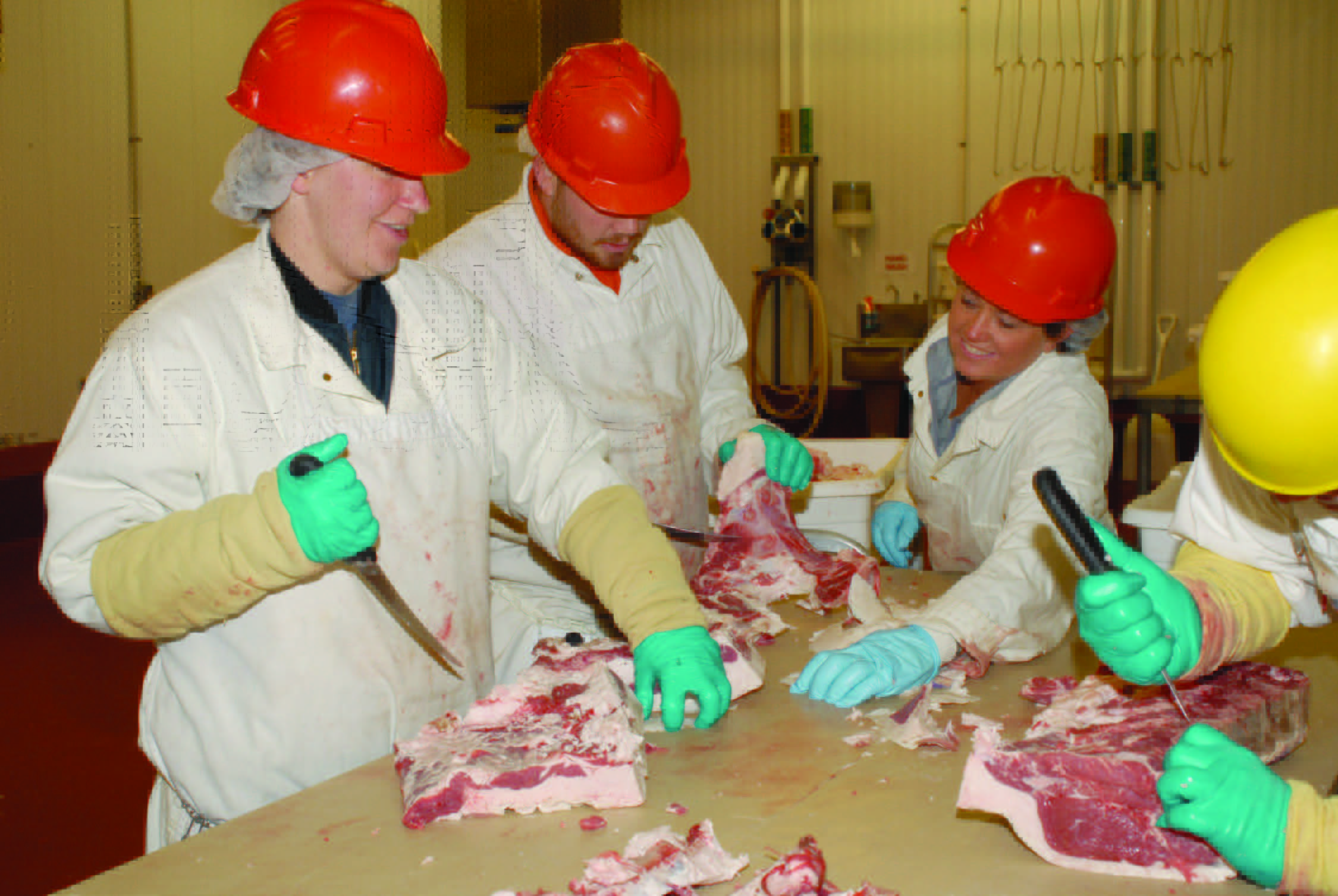 Heavily muscled carcasses have a place in today’s beef market.

Once at the packing plant, overhead costs are the same to process a 600 pound (lb.) carcass as they are for a 1,000 lb. carcass. “Packing plants don’t want to process 600-lb. carcasses,” said Gretchen Mafi, professor of meat science and Boulware Endowed Chair of Animal Science for Oklahoma State University, at the American-International Charolais Association October 2017 Listening and Learning Industry Session.

Luckily, for users of Charolais genetics, 600 lb. carcasses are rarely an issue.

“Charolais’ greatest strength is red meat yield and cutability. The ability that [the breed] has to produce calves that grow well and have a high propensity for muscling, produces meat that we can utilize,” said Mafi. One advantage Charolais has over other breeds is they can continue to select for improved quality while taking advantage of increased muscle and yield, which are very valuable to our industry, she continued.

Increasing muscle and yield is important “because we’re still paid on a price per hundredweight or price per pound basis,” she said. As far as the future is concerned, Mafi doesn’t see that type of transaction changing.

Additionally, she added, it’s not new news; world population is projected to double by 2050. “We have to feed more people and provide more high quality protein sources.”

Mafi did offer a word of warning, however. “One thing that I caution about when we say increasing pounds, is make sure it is increasing cutability, not just weight.”

Today’s packing plants were designed around fabricating 700-900 lb. carcasses. Everything in the plant from box size to pallet stacking is automated to fit that average-size carcass. In an attempt to control logistics, packers discount 1,050 lb. and higher carcasses.

“As far as from a feeder and a producer [perspective], obviously there’s diminishing returns over 1,050 because of the discount,” said Mafi.

“I think a packer will work around as heavy as they get, but I think we have to rethink how we utilize them? Do we change our fabrication method? Are we taking advantage of that red meat yield and cutability percentage at that heavier weight, and how heavy can we push that and not just be adding fat, external fat?” As for right now, Mafi believes with proper management Charolais producers and feeders can keep even high growth cattle below the carcass discount.

Don’t background too long, said Mafi. Get those cattle to the feedlot, before they get too big, so they can have the proper number of days on feed, to reach quality targets, before they enter the packinghouse. Even with today’s high-growth genetics and the strong feed efficiency numbers being put up by Charolais cattle, Mafi doesn’t think too heavy carcasses is a big problem.

“To get to that weight, we’re looking at 1,650 lb. or heavier live weights, so we probably don’t have that.”

But that 1,050 lb. discount then begs the question: When selecting for growth, when do we stop. How high is too high? “That’s a number I don’t think we know for sure what it is,” answered Mafi. “I think managed properly their carcasses won’t be too heavy, and we can take advantage of that growth potential and that value that it brings. It still comes back to management.”

All carcasses that enter USDA inspected packinghouses are assigned a yield grade (YG) according to their cutability or percent of boneless, closely trimmed retail cuts (% BCTRC). When discussing cutability, often the term “red meat yield” is used. Red meat yield can be used interchangeably with cutability, but it usually refers to the actual sellable cuts or red meat being yielded from the carcass after fabrication.

Yield grades are assigned on a scale of one through five: USDA graders evaluate carcasses for YG using the hot carcass weight, adjusted fat thickness (measured at the 12th rib), ribeye area (measured between the 12th and 13th rib) and percent of kidney, pelvic and heart fat on the carcass.

The current YG system was developed in the 1960s. “Obviously cattle have changed a lot since the ’60s,” noted Mafi.

“Our type of cattle, our use of genetics, our improvement, their efficiency, their ability to gain, and their shapes and deposition of muscle and deposition of fat are different.” It has recently been proposed that the current system isn’t always an accurate predictor of YG, especially concerning heavier muscled carcasses.

“Maybe we should look at things to give those cattle that have higher red meat yields a little bit more advantage in a yield grading system,” she suggested.

It depends on the end user, but in general, Mafi’s opinion is that a YG 2 is an ideal YG in today’s cattle.

USDA quality grades (Prime, Choice, Select, Standard) are also assigned to carcasses at the packing plant and are based on the carcass’ overall maturity and marbling. Each quality grade has levels within it, for example meat may be graded high Choice, average Choice or low Choice.

A continual push from the industry to increase quality has led to higher average quality grades.

While it is accepted industry wide that Charolais has excellent red meat yield and cutability, sometimes the quality grade of the meat isn’t on par with the competition. Mafi advises Charolais breeders and commercial bull buyers to use the current genetic tools available to find the cattle within the breed that do have high marbling characteristics.

“I think there’s [high marbling cattle] in every breed, and I think identifying those—and you can’t be a single trait selector by any means — with marbling and growth, or to make those matings and do both things, is ideal,” she said.

Recognizing today’s quality driven market and picky, affluent American consumer, Mafi put to rest any theory that a loss of quality grade premium can be offset by selling more pounds of beef per head.

“I think that especially when you get into Prime premiums and even when the Choice-Select spreads are really large, there’s no way,” she countered. “A lot of times in the market, the added weight, unless it was very efficient to produce, doesn’t compensate.”

If a producer knows his cattle will earn a lower quality grade, the best way to take advantage of extra pounds would be when the Choice-Select spread is minimal, said Mafi.

A more reliable approach to marketing Charolais beef is working with an alliance or qualifying for a certified program, recommended Mafi. There are programs that utilize other colors, but a lot of packers only pay premiums if the cattle qualify for the Certified Angus Beef ® brand.

Because of this gap in the system, Mafi encouraged the Charolais breed to negotiate with established alliances to do a better job of tracking, accepting and paying premiums for carcasses that meet specifications.

“There’s so many certified programs, every carcass has a place to fit in a program. It’s just finding the right packer and program to make those things work,” she said.

But, Dr. Mafi, if quality is so important and such a driver, why is ground beef still the No. 1 beef item in America? She had an answer for that question, too! “We do eat a lot of ground beef,” she admits. “I think it’s very important in our market, but I think consumers continue to demand high quality beef. They really enjoy steak and different whole muscle cuts.”

We need to provide whole muscle, center-of-the-plate, high quality beef products that are affordable for all of our consumers, and that’s where value-added cuts enter the marketplace, said Mafi.

A potential area of increased marketability for Charolais beef is the emerging alternative cuts or value-added cuts movement.

In December 2017, the National Restaurant Association released its “What’s Hot” for menu trends in 2018 list. Topping the 20 item list was “new cuts of meat.” It listed shoulder tender, oyster steak, Vegas Strip steak and the Merlot cut as hot, trendy beef cuts for the coming year.

“Beef is in demand,” stated Mafi. Affordable, tasty and portion controlled beef is also in demand. As carcasses have increased in size, chefs and food service professionals have had to get creative in order to keep beef center of the plate.

“There’s so many more people that are experimenting with cooking on their own, becoming foodies. A lot of the different ship-to-home meal kits are utilizing some of those cuts too. There are a lot of differences in the culinary world, and I think [new cuts are] something different,” Mafi said.

The majority of the value-added cuts originate in the chuck or round primals. A few are coming from different fabrication methods of the rib and loin, but we already have strong demand for those cuts, she said. We can utilize these round and chuck cuts cheaper than the middle meats and create added value for the end primals.

For instance, three new cuts have been developed from the whole beef shoulder clod: the top blade, the shoulder tender and the shoulder arm roast. CattleFax estimates fabricating these three cuts from the clod adds between $50-$70 per head.

In some cases, bigger, heavier muscled carcasses can add even more value to these alternative cuts. In many instances, these cuts are nestled between other larger muscles, so it takes some cutting work to get them out. The petite tender, for example, is a small cut, so taking it from a heavy muscled carcass vs. a light muscled carcass is going to add weight and value to the cut, said Mafi.

The takeaway for a Charolais breeder and commercial bull buyer is this: Continue to produce high growth, high efficiency cattle; improve marbling; market fed cattle to the right packer with the right program and don’t forget, value-added cuts are the future. 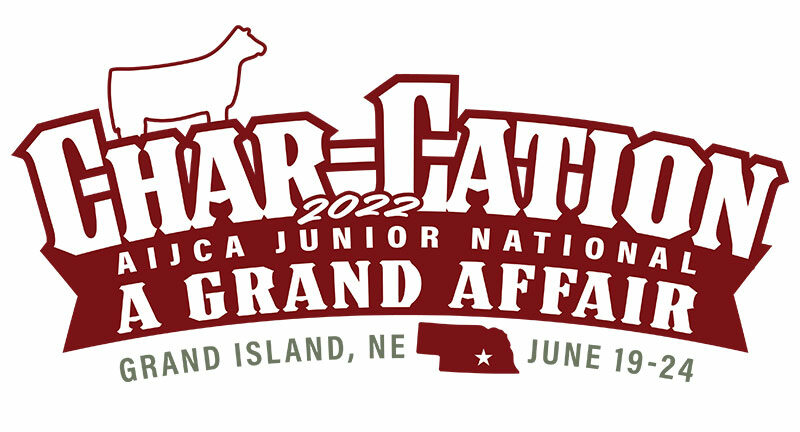